skip to main | skip to sidebar

so there was life after dead after all 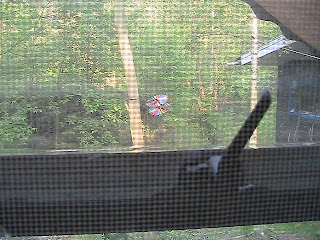 A few sentences are in Book Antiqua style and date from 9/1O/2010 or have been later introduced or reworked. Original text I wrote in 2003

So there really was life after death.
About ten, twelve years ago I wrote the following senses: " Peace will come in the heart of the ones with honest souls. Prevent the world from destruction and lead people to better lives. Never forget that the world is indivisible. There is but one life and one world, takes your responsibility and live as intense as possible. Be wise and light to be a guide. Go to the people and speak of joys to be. Your place is where you will feel free. Explain them the difference between the material world and the spiritual matter. Truth is simple. Truth hides in the past, lives in the present and needs the future. Why does one find so little joy between many people? People do not wonder enough about who they are and what means and what the lives they lead mean. They should be more philosopher than materialist, they should ask themselves why they live in a world of wealth and poverty, war and peace, stress on the work and unemployment. But there are other reasons for the lack of joy… reasons about which one cannot yet write and reasons about which nobody can write."
By means of this short story, I’ll try to show what ‘dead’ in fact means.
there was life after dead !

introduction : through the past in a few lines
—————————————–-------------------------
Nothing is more ‘real’ then living life itself, how real art as well can be.
We all, we are characters in a real novel that has been going on since ages.
Persons create persons and then vanish again.
Since thousands of years we try to put our experiences in to signs.
The more you understand about it, the harder sometimes to put it down in words.
The good man does, continues to live after him
The evil also. Positive and negative interact in completion.
The sense of it all, in every way a powerful, meaningful something.
One can only observe and react, starting from an indifferent equilibrium
Science can give us a logical explanation about life.
A trained observer experiences more ten the logic of things
Objective sciences mostly only have an eye for their field.
Philosophy, Psychology and history must unify the other logic.

Ones earthly ‘soul’, based on positive and negative emotions, who commands ones earthly life; sometimes let’s go some pieces of ‘spiritual information’, we the ‘past away’ s’ , need…in order to be able to pass on our information. One’s final dead is the unified picture of your life, offered to you. From the moment you understand this at the other side, you get a kind of spiritual orgasm that enables you to realize that you are not alone at the other side…and that one can communicate as well with other spirits over there.
Just like on earth one needs other people to be oneself. On earth sometimes some people are aware of these things, but those moments seem to disappear because the amount of events that come and go. On the ‘other side’ there also are times when one can isolate oneself…that often are moments when one is the most in unity with everyone and everything. Not always nevertheless.
Just like a child that is born all of the sudden is surrounded met beings with which it has another kind of intensity in contact…no longer the strange noises from in the belly. People who believe in classical reincarnation would say that this is the bridge from one live to another, even if they believe that the soul only enters the body with birth.(Sunday 24 april2011 Eastern, most hot day in 60 years in Belgium).
On very clear moments in one’s life one can realize these things, but due to the fact of the never stopping flow of events, one is not always conscious of this process.
Like on earth, life after dead is not always ‘romantic’…because the process of consciousness that started with the voyage from atom to cell, organism, animal, men and society…that process continues after dead. It depends on your merits whether you are armed to be able to continue that awareness-project. Your ‘hierarchy’ as well depends from your merits…and this has not much to do with the diplomas you got, neither with the kind of work you did? You ,’biological living ones’ should be amazed about some people you taught you knew and who they are over here. But later more about that. If I get permission to say something about it, I will, but I have a feeling I won’t.
To be able to explain all this I have to get back to my puzzle of life

There was a reason why I had lived and still was living
I ‘watched’ the places in the world that I had abandoned and ‘saw’ de growth of the harvests on the fields near the roads I had lived and traveled. I saw the cars on the roads and the smoke coming from factories and some houses. I saw the animals, but he people, I did not see. Maybe I was in the people and that is why I could not see them anymore.
Very strange in the beginning. My friends only lived in my memories…I only could see them in my memories, which was a way of better understanding how they felt…even on a present stage basis.
But how they felt did not preoccupy me at the moment, I needed my energy to concentrate on a text of a novel or essay I wanted to complete. I had called the introduction ‘my inspiration maps’.
I saw the text lying on my desk, but how could I finish this book ?
Maybe there somewhere was a writer with still a biological life to lead, who read one of my former works and did not have any inspiration of from himself at the moment. During my life I had called into existence enough energy to allow me at this moment to be ‘connected’ with a living soul mate.
I would finish my book, through him. Sometimes he would be aware of my special kind of presence without knowing. Sometimes we were aware of each other, when he walked amongst the threes in the wood and taught about something he read about me. I always wanted to plant a wood myself and there was this writer who lived in a wood near water and entered his chalet, took the newspaper and cut out my photo and an article on my life. It gave me new energy to continue writing. A lot of writers were still continuing something amongst ‘us’ and ‘them’. Sometimes there seemed to be no difference amongst ‘them’ and ‘we’. Al dough we did not see ‘them’ busy with something…we felt what was going on in their world. Like the living sometimes were busy with the question what would happen after their dead, we, ‘past away’ s’ were busy wondering what our next life in the ‘after afterworld’ would be like. Our form of energy in the afterworld wasn’t eternal either and one day would change it ’s form as well. In a way we had we had bettered ourselves because we mainly communicated with spirits from the afterworld that used to have the same interests as we. It was very special how each of us tried to do this in his own way.
Those who as farmers had been concerned about agriculture, received energy from those who had liked doing this on earth. Communication between both sides worked as a system of connected fluids in different spaces. The negativism of a minority of farmers or landowners on earth often prevented the flowing of communication between farmers that had died and those still active on earth. Sometimes the representatives of the farmers in the afterworld came looking for advice with spirits that often had to deal with the same problems when they worked as farmers for example.
Then there was a communication amongst them and only the fact of this ‘exchange’ itself made it possible to generate some actions below that would improve something or that made farmers below aware. But sometimes it looked like a never ending struggle in each domain.
In the afterworld, the ones who caused those problems in the past suffered until some improvement was made.
So my friend the medium-writer had to tell people below to watch out and think about the suffering of their relatives in an heaven, that wasn’t always ‘heaven’ to them. Their relatives or people responsible for some misery of others should have to do something about it…before they end in the same position. If they act know, the ones who are at the origin of blockades between this world and the next shall free themselves here and in the next stage of life. In the afterworld the painfull part of the existence of ordinary working people is more quickly healed then of those who were responsible for big decisions. People who had mainly good intentions adapt very easily in what the afterworld has to offer. People who produced many good waves and did many good things to help others …still can feel how they are doing…without suffering and without being able to help them, when they aren’t conscious enough to ask it.
Those wise ‘afterworld’-men only can give some inspiration and advice, but the ‘receiving parts’ of the biologically living people have to be functioning…and they don’t when they are not in an emotional balance. Someone with too much negative emotions is a real problem for both the one below who is partly responsible for those emotions as for the one on earth. In many cases, help must come from other identities. Both groups have an important tool to help one another : the free will to act. This free will is a total product of all the situations where it was used and can for reasons, difficult to track down here on earth, be temporally blocked for both groups or their individual components. There for it is sometimes better not to act or stay in a position of indifferent balance. 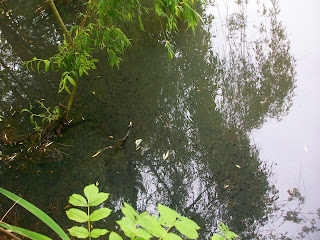 combination
Is there an energy that did not have to follow the same evolutionary proces as we did, to reach the same consciousness ?My name is combination. I combine. The innocent aspirations of youth, with the hope of avoiding illusions with the faith that we evolve to the real lessons, to the real feeling, to the best act in real art's NOW------ I combine. The pains and joys of the past, with understanding the present ones with the aspirations of tomorrow with all the energy deep inside me----- I combine. The political theories with the working conditions, with the real emotional world of daily people, with wanting to change things----- I combine. The news on war, poverty, famine, with all kind of wealth diseases , with all kinds of unhappiness that reigns, with breaking the solitude of the individual------ I combine. The living and the dead, with the longing for fulfillment with wanting to recognize , who in fact I am, with observing all kinds of forgotten energies------ I combine, I combine, I combine. I cannot do otherwise, al dough I try, I always have to combine. Because combination shall be my name until it's no longer necessary... And I become part of another world ?